Home  /  New Music   /  An Interview With Music Band Too Many Poets, discussing their second EP ‘Only In Dreams’

An Interview With Music Band Too Many Poets, discussing their second EP ‘Only In Dreams’ 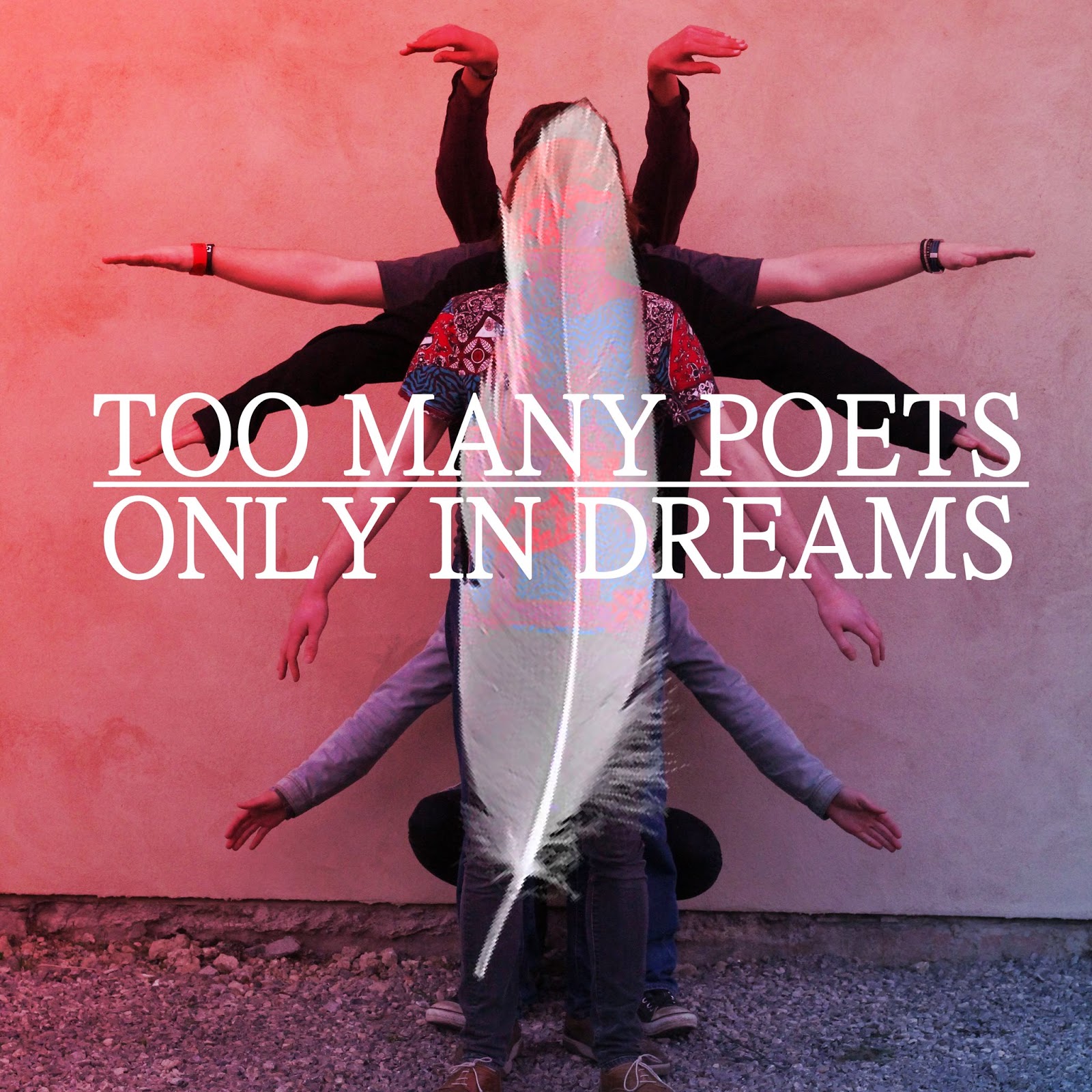 TOO MANY POETS INTERVIEW
Oxford based, 5-piece band Too Many Poets have recently released their second EP Only In Dreams. They list Arctic Monkeys, Foals and The Smiths as their influences. Having just announced the release of two more singles in the very near future, we caught up with the band to dive into all things poets.
Hi there, how are you and what are you up to today?
Three of us are doing an acoustic open mic night at a local pub.
To those not familiar with you, how would you describe your sound?
Melodically heavy tracks, with synth ambiance, mixed with heavy, intricate guitar riffs and a complex rhythm section. We don’t like to limit ourselves to one genre.
You recently released Only In Dreams; do you have any intention of touring with the EP?
We’re playing some upcoming gigs in Oxford, [such as] the Bullingdon on the 20th September.
Who would you most like to tour with?
We would love to play with Foals, or Superfood. Both would be incredible.
What’s the best gig you have ever done and why?
Soho – we played a gig at the Spice of Life and the crowd was amazing. We built a hype and sold a lot of EPs… It was our first time in Soho and it was incredible.
What’s the worst gig you have ever done and why?
Our 6th form Christmas party. Our guitarist Robbie got completely smashed, put makeup on everyone’s face in a desperate attempt to look like Bowie. He played most riffs one fret out with unintended dissonant results.
How do you guys write? Is it a collaborative process or does one of you take the lead?
Robbie writes the lyrics. He brings most songs to the band, who then put it all together as a collaborative process. Recently, the structure of the songs has developed from a whole band effort.
Do you all get on as a band, or are there any arguments?
Well, when we started it was a bit awkward; the band formed from different friendship groups. But in not much time we all started to get on so well, and the music improved because of that. Any arguments that happen tend to be healthy musical debates in the studio, on what would result in a better product. So there’s no big Liam and Noel, or Pete and Carl in the band. Though there is a Yoko Ono occasionally.
What are the 5 albums and artists that have influenced you the most?
Wish You Were Here – Pink Floyd
Sergeant Pepper’s Lonely Hearts Club Band – The Beatles
Total Life Forever – Foals
Humbug – Arctic Monkeys
Atliens – Outkast
What other artists do you really like at the moment and why?
Superfood – we like the 90’s britpop vibe
The Wytches – the psych-grunge vibe
TesseracT – intricate polyrhythms and invasive harmonies
Mastadon – the proggy-metal atmosphere
Tears for Fears – lyrics and synth tones
What are some of the key pieces of gear you use to write your tracks?
NORD Electro 4,
Piano tuned down a semitone (not intentional),
KORG MS-20 mini,
white-indie-kid notepad,
Any guitar lying around, though Robbie’s Gretsch has been dominant in making some riffs.
What are your guilty listening pleasures?
As a band, Robbie Williams – Candy. We covered it for our 6th form Christmas party once, and we all just love it so much. When we go out, Britney Spears comes out, and Katy Perry – Dark horse, is a banger.
Do you have any new music underway?
Yes, we’re currently working on 2 new singles that should be released very shortly.
Finally, if you weren’t a musician what would you be?
Robbie would be a spaceman, Callum would be a football manager, Chris would be a choral conductor, Mike would be a radiographer, and Ian would be a writer.
Make sure you check out Only In Dreams below. We’ve thrown in Robbie Williams’ Candy too just to spice up your morning. Keep ‘em peeled about more information regarding the upcoming singles.
previous post next post

Bucharest born DJ Mystik Vybe began his fascination with music from a young age, playing a varied range of instruments. He began appreciating the electronic music scene in the ’90s after discovering music from the likes of John Digweed, Deep

Elysia's passion isn’t just performing on the decks, but it is also producing music, she loves creating a sound that comes from the heart and is original to her!  The journey began in 2015 and she found herself having a number

You don't have permission to register